Now am I back again from a hectic weekend gaming in Halmstad. If you have followed my previous posts do you know that I have been painting a Fallschirmjäger company for flames of war under 1,5 months. This weekend was the deadline for my painting because Hammar Flames of War was in Halmstad and I was signed up for it. It is a pair tournament so you can ditch out in the last minute either. The tournament was divide over two day and five battles total.

So this post was about how the my brand new company performed and my thoughts about them. Unfortunately do I not have any pictures from the battles I was to occupied with the game for that.

Battle 1: My first battle for the day and with my new small men. Mission is Fighting withdraw and I am meeting Magnus with his US mech infantry.
I kampf grouped my mortars and attached my HQ mortars so I had 9 platoons in total. Then I deploy my forces over long stretched line with one jäger platoon in each end. The pioneers take the middle to be able to react on with flank he decide to be his main assault. This mission is not to bad for me because I have plenty of platoons to take of if needed but will still be able to keep a major portion of my fighting value intact.
After opening turn where I was lucky where I made some major damage on one of the big US infantry blobs, my mortars manage to till kill 9 stands out of 18 and the took the my Pak40 two more teams. So the platoon of 18 men was below half and needed to take a moral test. So the game was more or less over from turn one. After that was it more to keep the line and don´t do any stupid mistakes. In the end was it a 6-1 win for me. I need also mentioned the 88´s which shoot down more planes than I counted even if they where trained. This was a very promising start on the tournament.

Battle 2: No I am getting a little warmer in my cloths. Second game for the day is Hasty attack on a snow table with a forest line go through the board form each short edge. I am facing Andreas "Löwe" with his British mech. infantry. I am the defender again and Andreas is not to happy with the snow table because makes his M5 transports very slow in the snow. This means that I have an advantage and have more turns to get reserves in before is main force arrives at my lines. And top of this do I make an assault that takes out one tank unit and one infantry platoon and after that was the game more or less over.
In the was it a 5-2 victory for me. This is a really good start and I get more and more fond of my smal jägers.

Battle 3: The two first games are getting it´s tool on me and I getting tiered, I am to inexperienced and have to focus to much. This is the last game for the day and it´s against Jesper with his Brittish airborne engineers. I think this is one of worst lists that my fallschirmjägers can face. And on top of the hard engineers was the mission surrounded and Jesper chose to make a night attack.
This means that it will be hard to hit him and turn 3 will I have minimum 4 flamers hitting my troops. So I knew that I will have a hard time winning this game. So from the start was my aim to get points and try to kill at least one platoon. After some very bloody assault from both side was Jesper close to break to units but manage to make the platoon moral for two platoons and the sole survivor dice role for one platoon. I also did the same so I guess it was even here. After turn 4 was this battle over and Jesper had claimed 6-1 win. Yes I lost 1-6 which was not good for the team sins my partner also lost 1-6. Before this battle was our team in a good position but after the last battle where we in the lower half.

Battle 4: After a night with decent sleep and very calm night life (three beers) had I forgot the bitter loss from yesterday. I knew that we did not have any chance to win this at all and could only hop to get a decent placement in the tournament. So this time did I meet "Staka" and again did I meet British mech company but this time where they guards and it was Fighting withdrawal again. As I said before this is one of my favourite missions especially for my company.
The board had a town in the centre and lots of small wood patches that blocked most of my sight for my 88´s. So I had put them far back and have them gone to ground until the target presented it self. The game progressed as I though. "Staka" loaded on one flank and sent his small rec. unit to the other side. After a few turns and a bad planed assault from my side was it a clear 1-6 game but I manage to snag two points my last turn with some luck. So in the ends was it a 3-4 result.

Battle 5: Last battle for this tournament. I meet a new guy for my and Johan is his name. He is playing a chaffy company and the mission is Pincer. The board is divided by a huge 28mm terrain wall so the sight from my 88´s are blocked slightly but they have a few nice clear fire lanes. I know that the caffys are very fast and need to hold the line for 3 turns before any reserves might arrive. So the 88´s where far back and my pioneers with two panzer schrecks where covering both objectives and my four Pak40 in ambush. He did as I thought pushed the Chaffys hard and where very close first turn. But I presented the ambush and removed one of the tank units. One to go and then would my life be a bit easier. After some more manoeuvring and some unlucky roles from his side was the game over at turn 4 when I get two fallschirmjäger platoons in his side and takes out two more platoons. It was a clear 6-1 two me so I had a good finish at least.

To summarize the performance of my Fallschirmjäger company am I pleased with them. They are a bit static but I also only played defensive missions where I needed to defend all the time. So it is hard to tell how they perform on the offensive. I knew that they are very lethal in the assault and they can take an assault and still counter attack with a punch. I need to practice more with the deployment and add a few more units to get a broader company to play around with. When I meet Jesper and his Airborne engineers would 4 HMG change the playing field, I could change out the 88´s for more HMG but it was a painting problem for me I could not paint more than I did.  So there is room for improvement, but I will not sell this list. It is probably the funniest LW company that I have at the moment.

I was a bit sad that I did not get the best painted price. But next time with some tanks or other vehicles could make the company look more coherent. I will try next tournament.

So here are the promised close up picture, this is taken with my new studio setup. Please come back with comments. 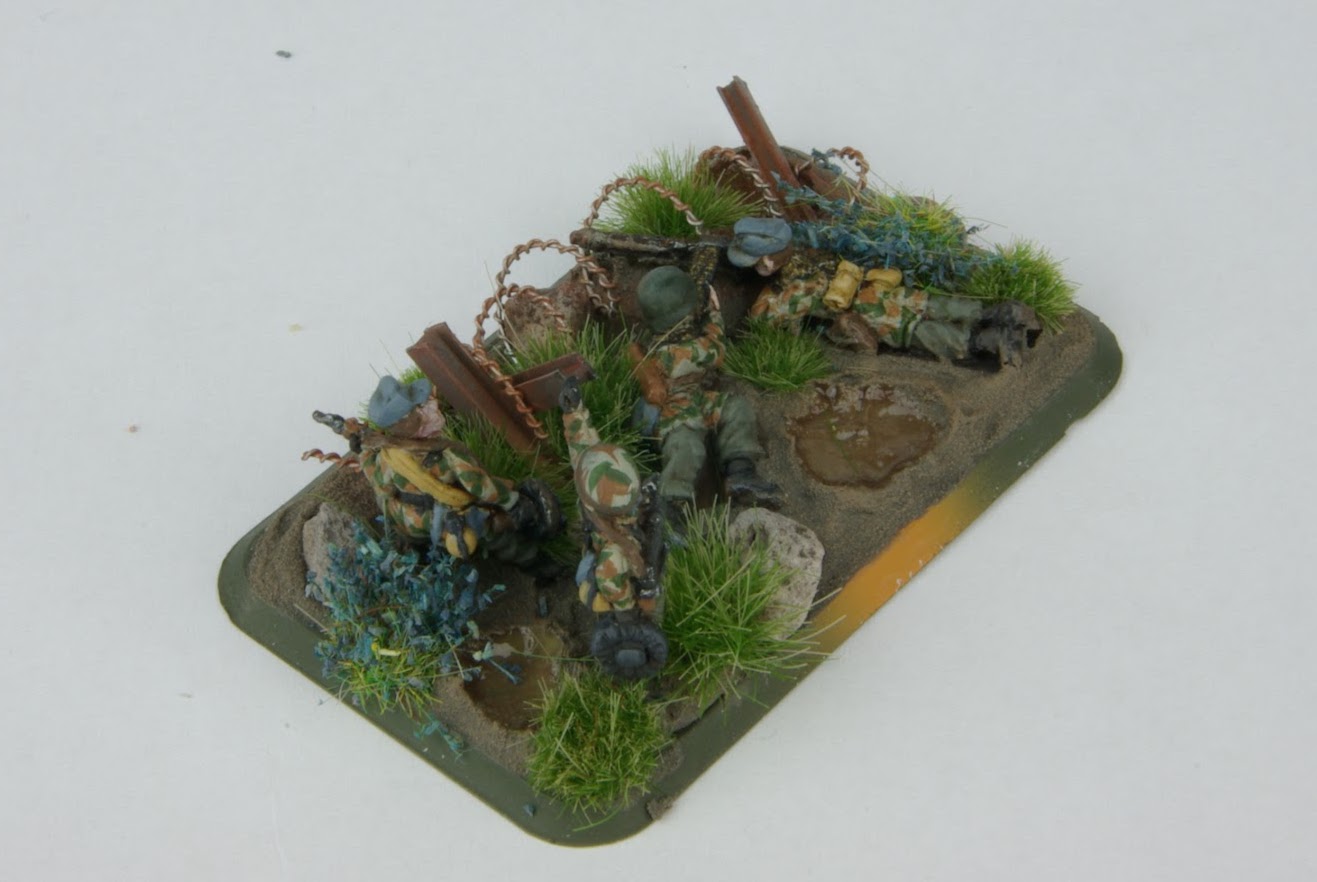 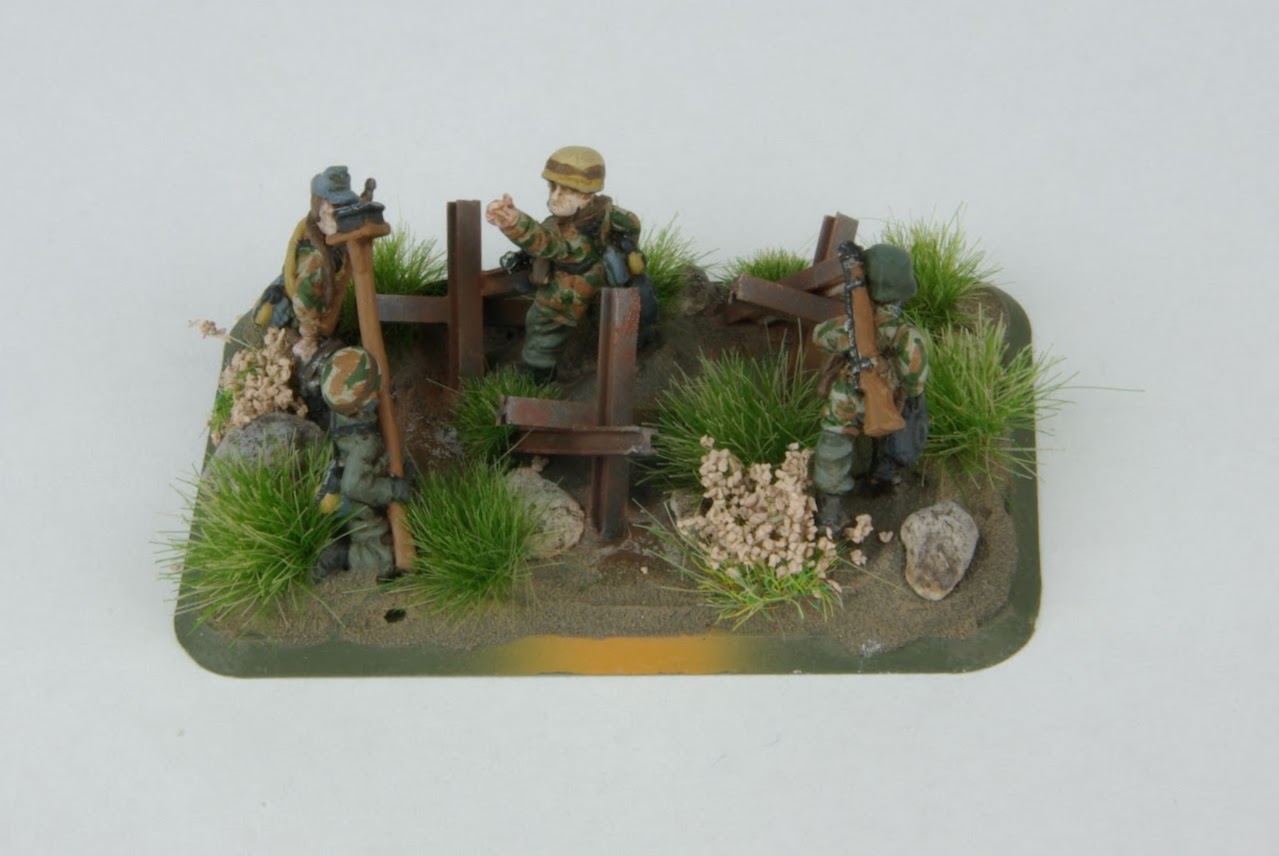 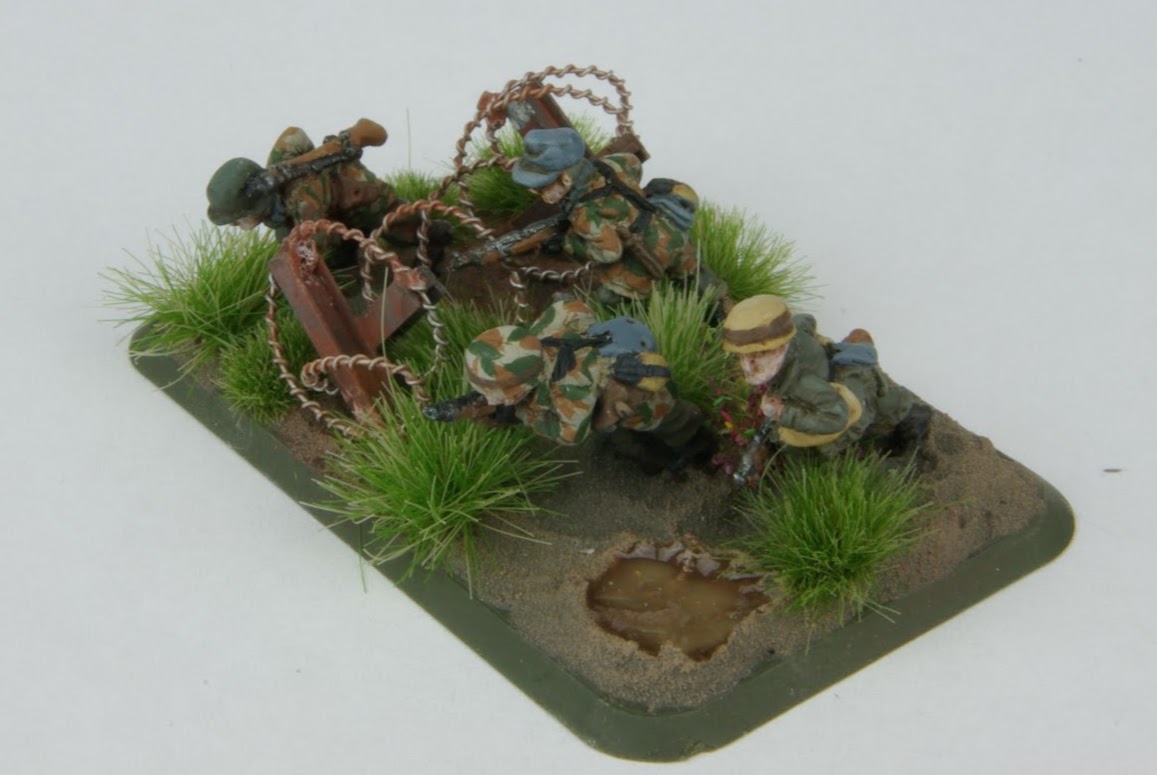 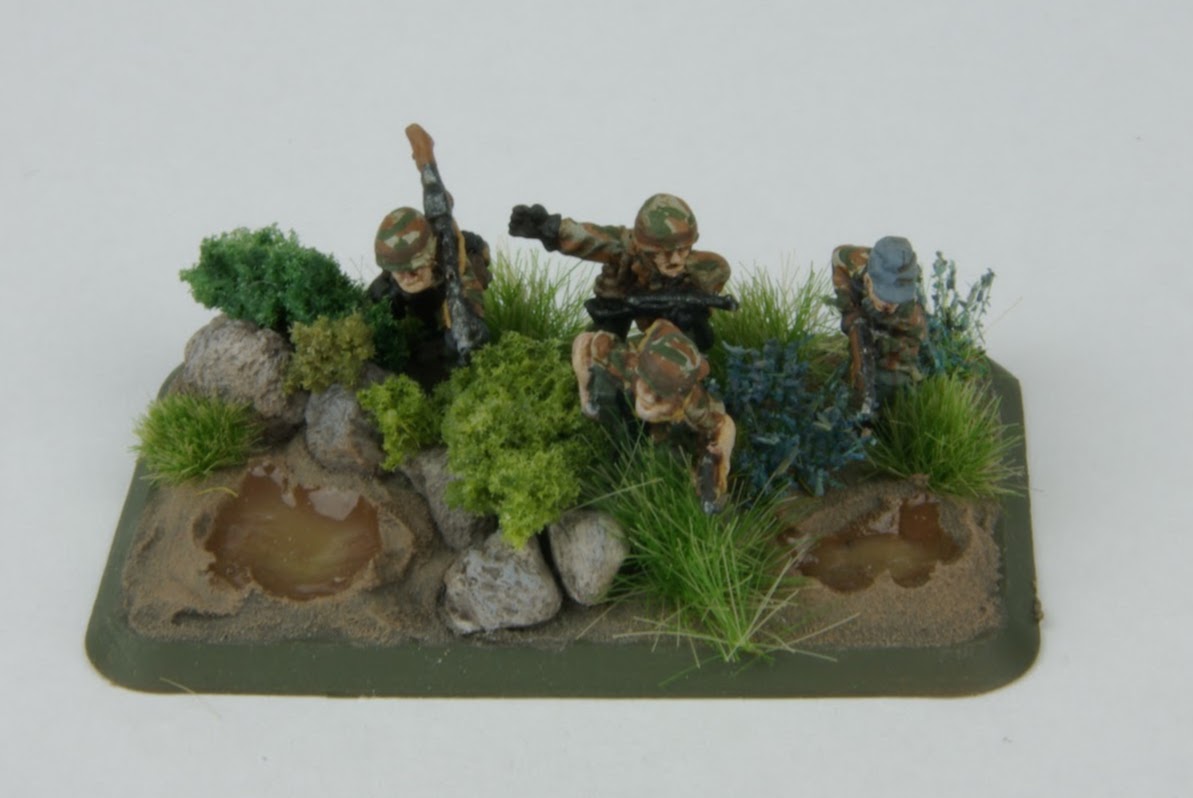 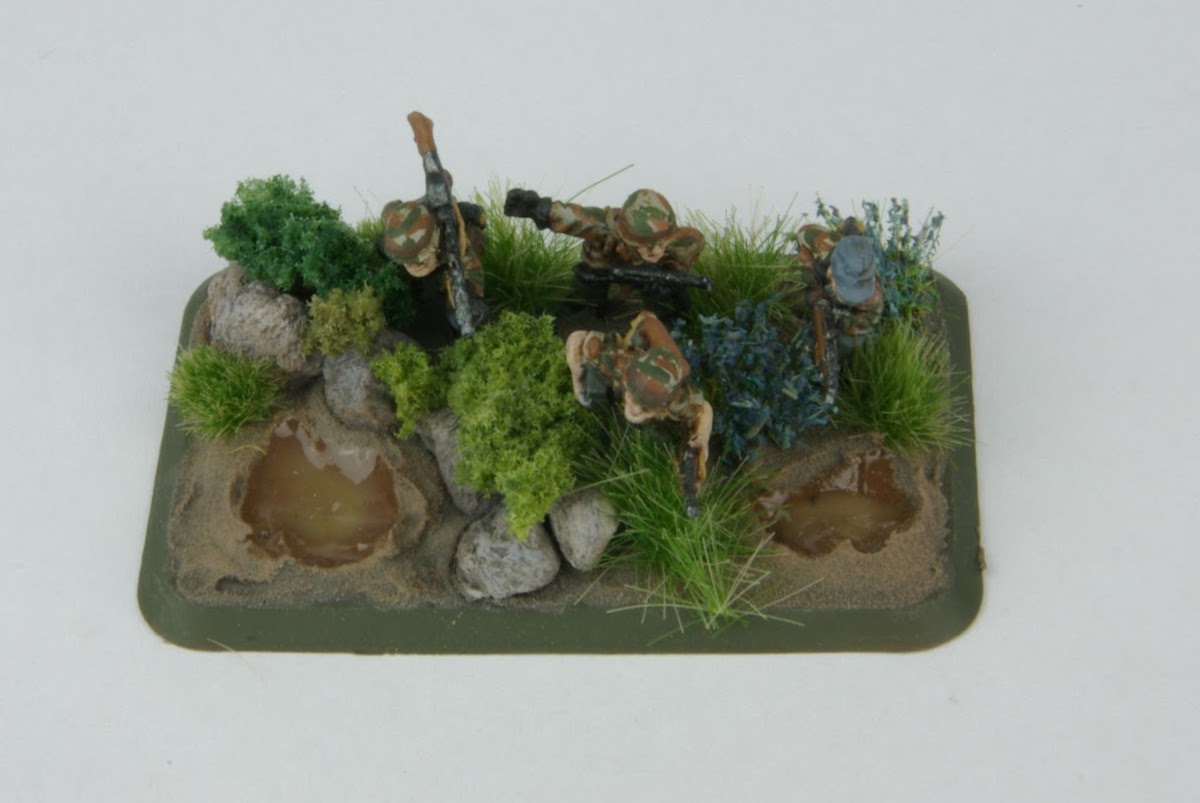 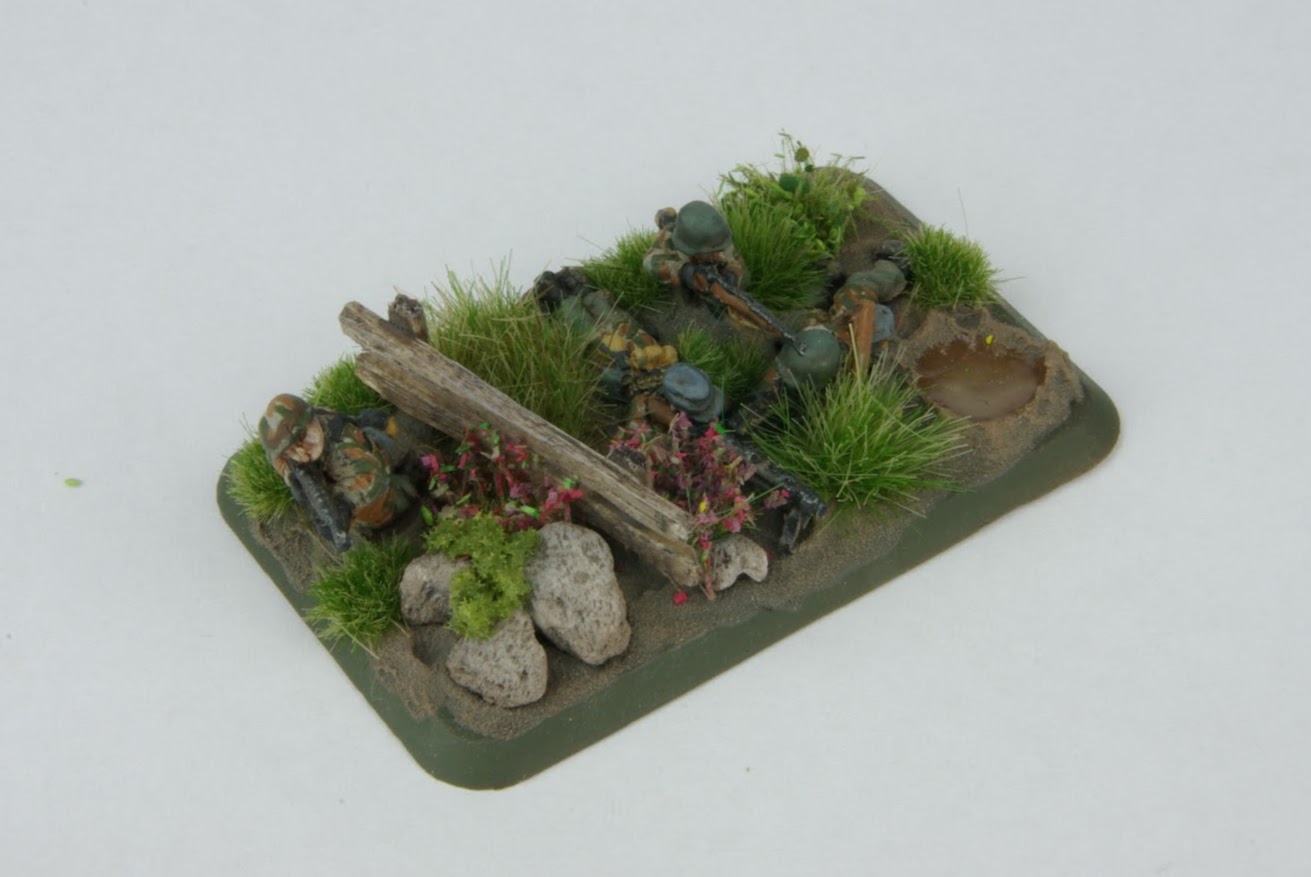 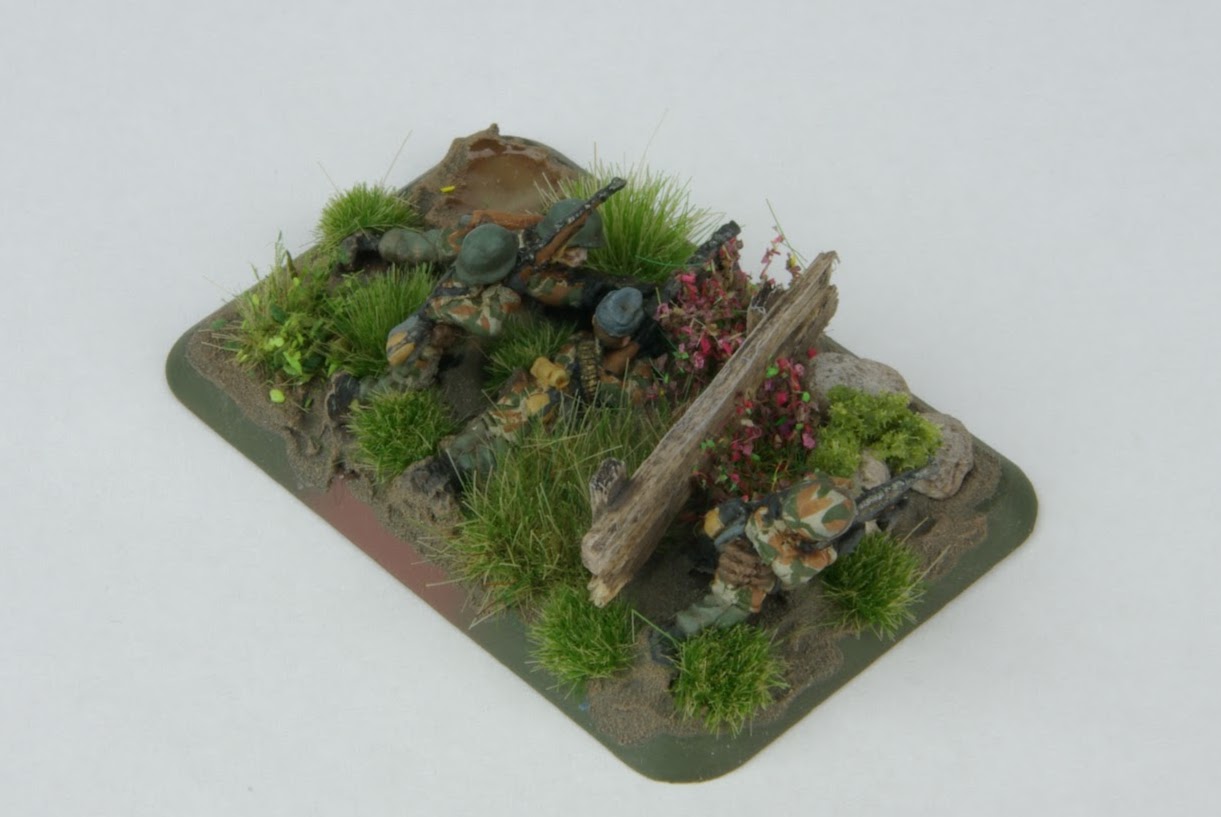 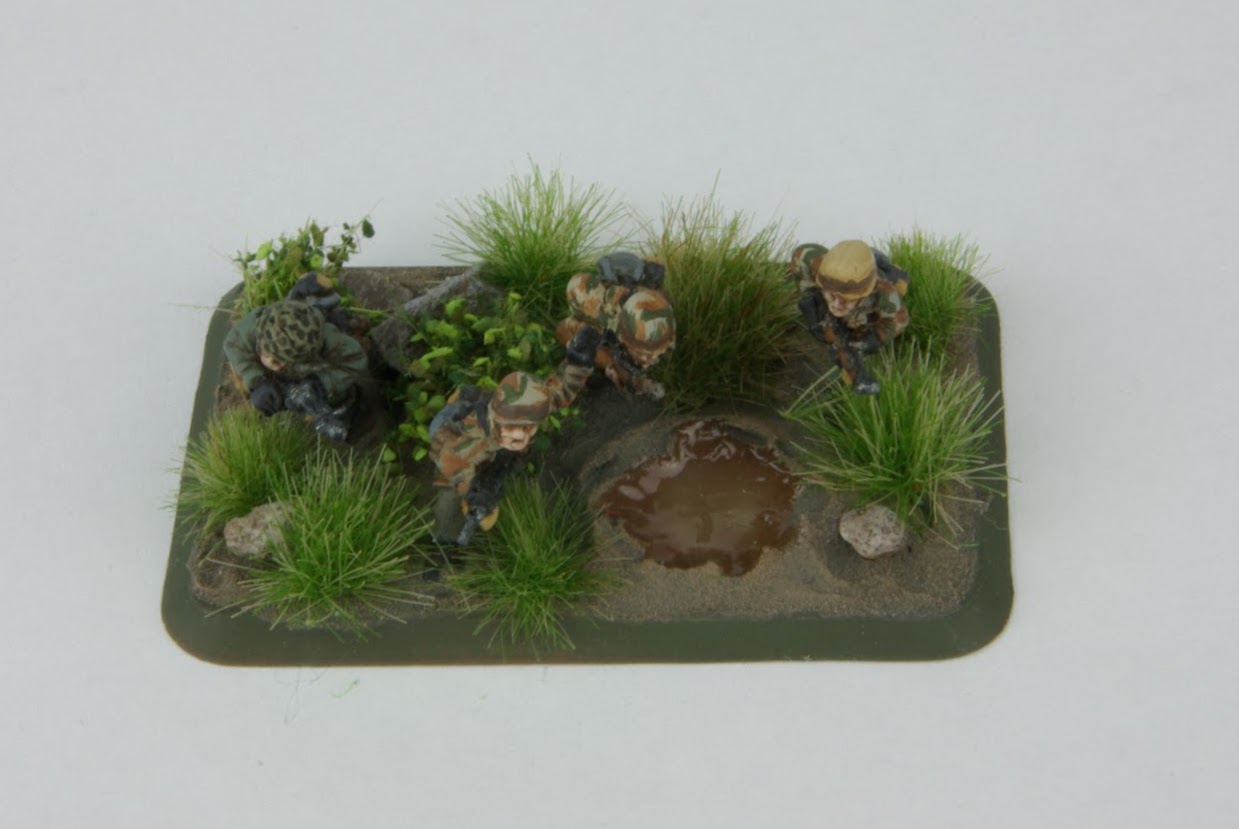 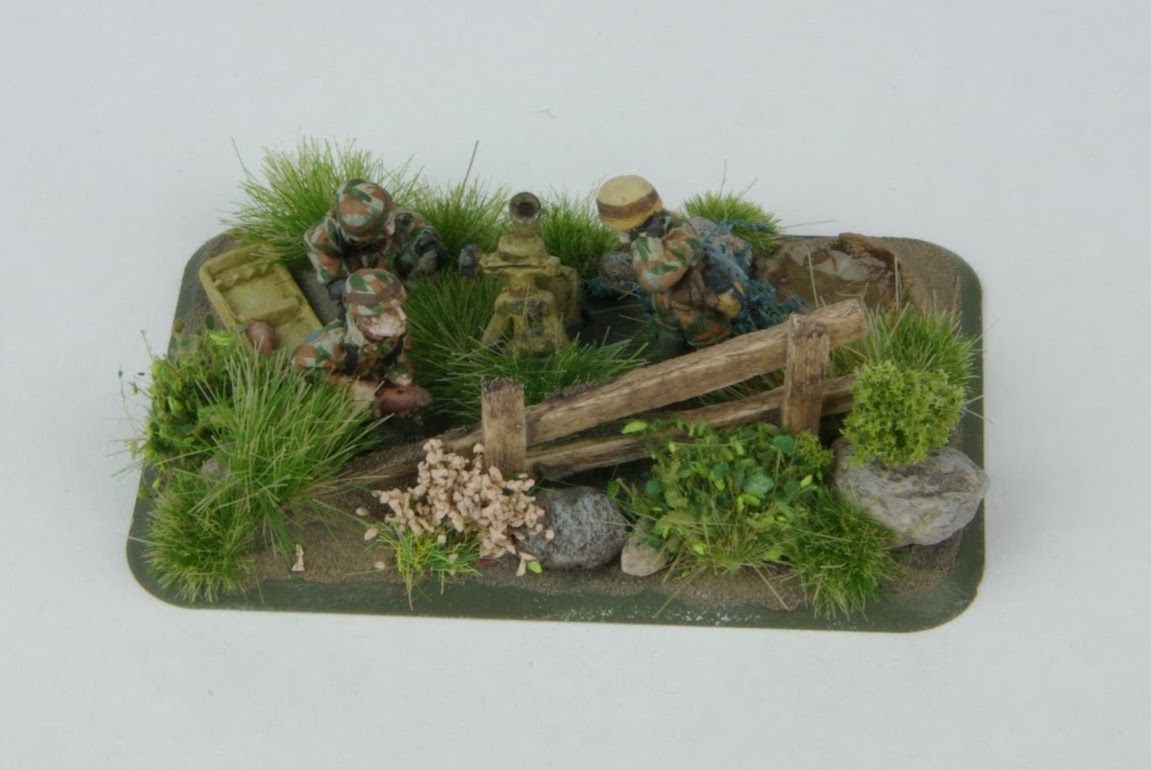 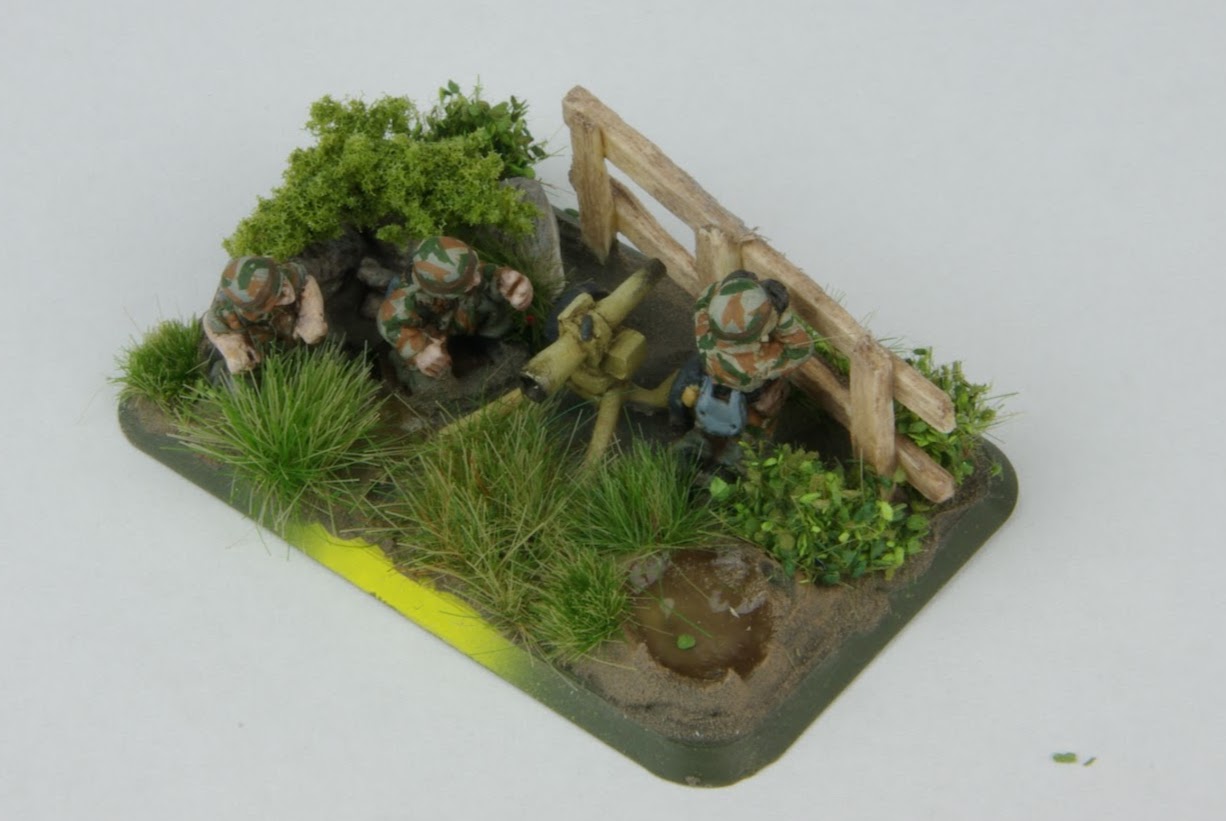 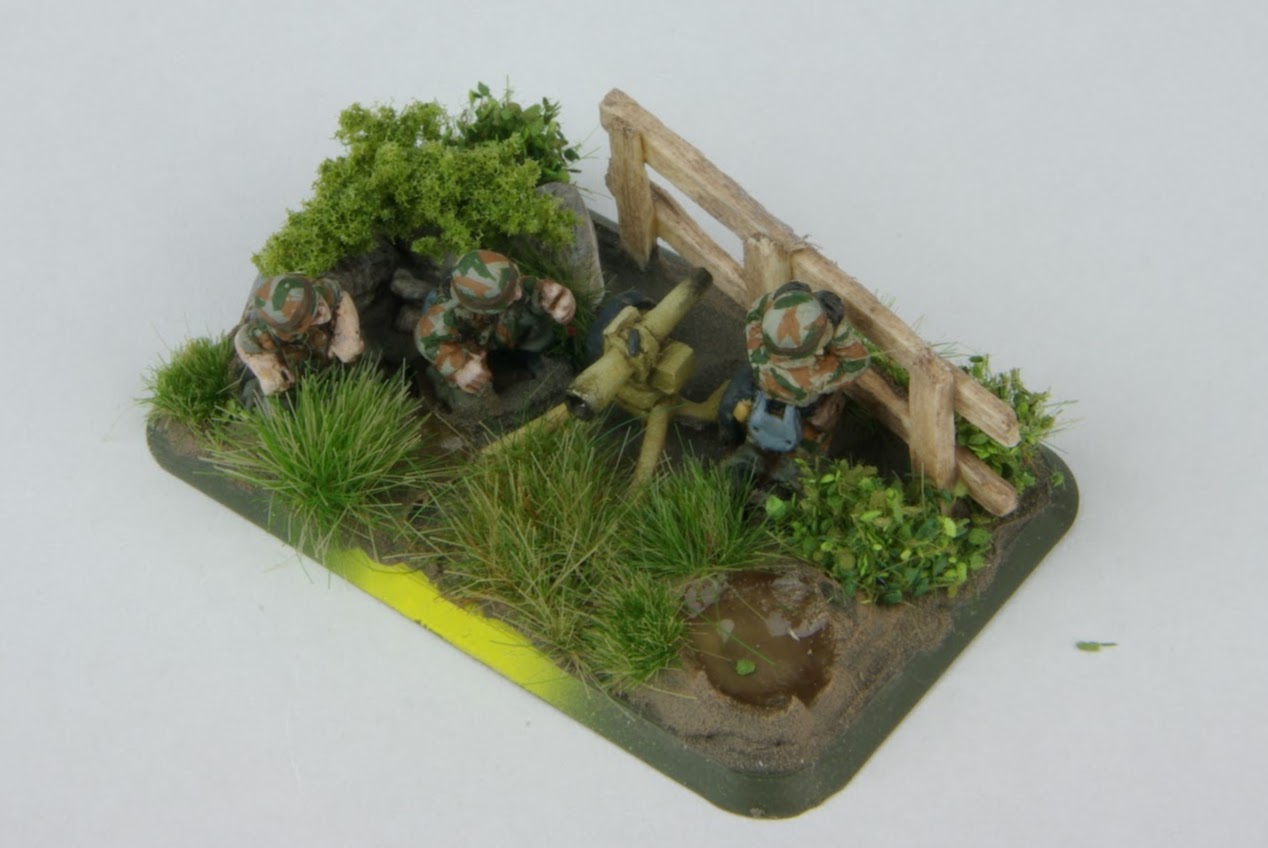 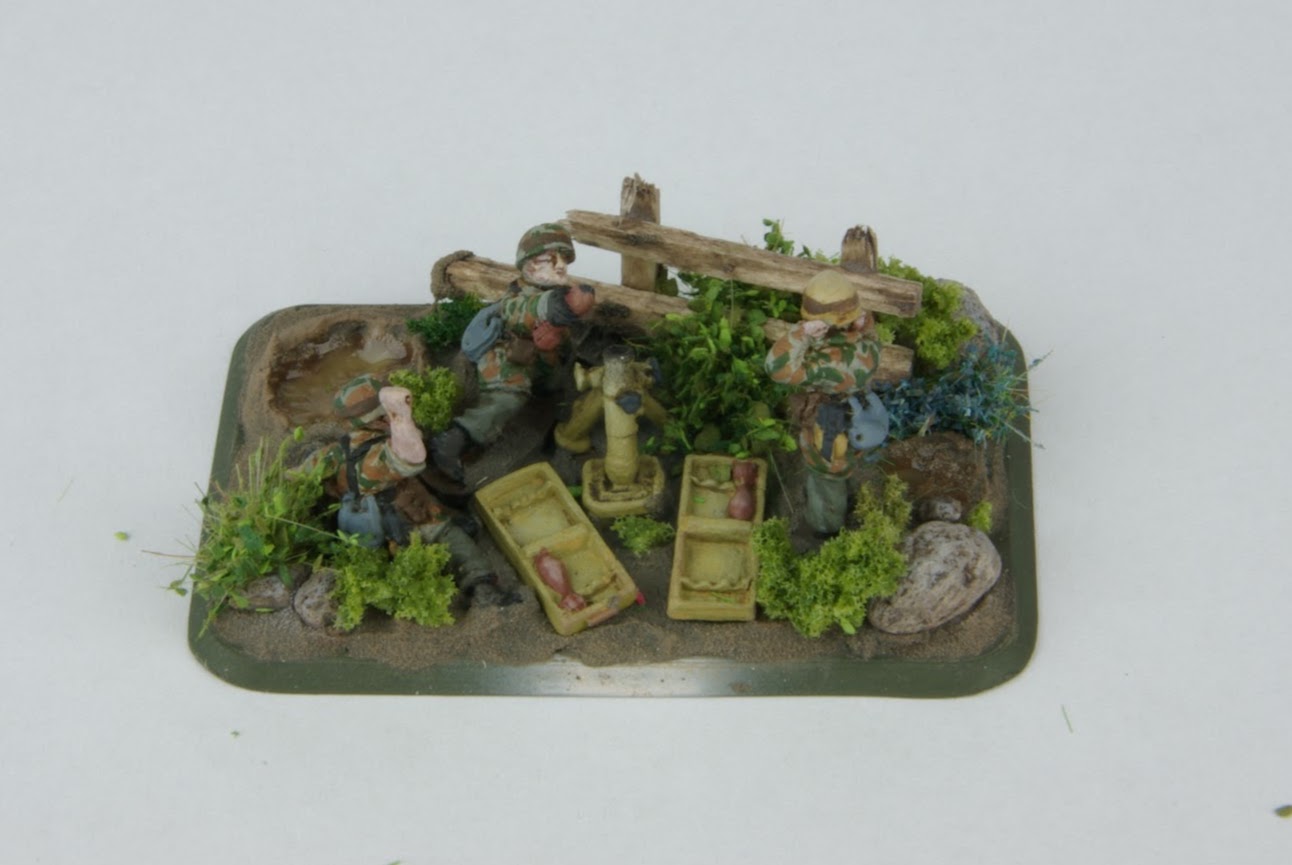 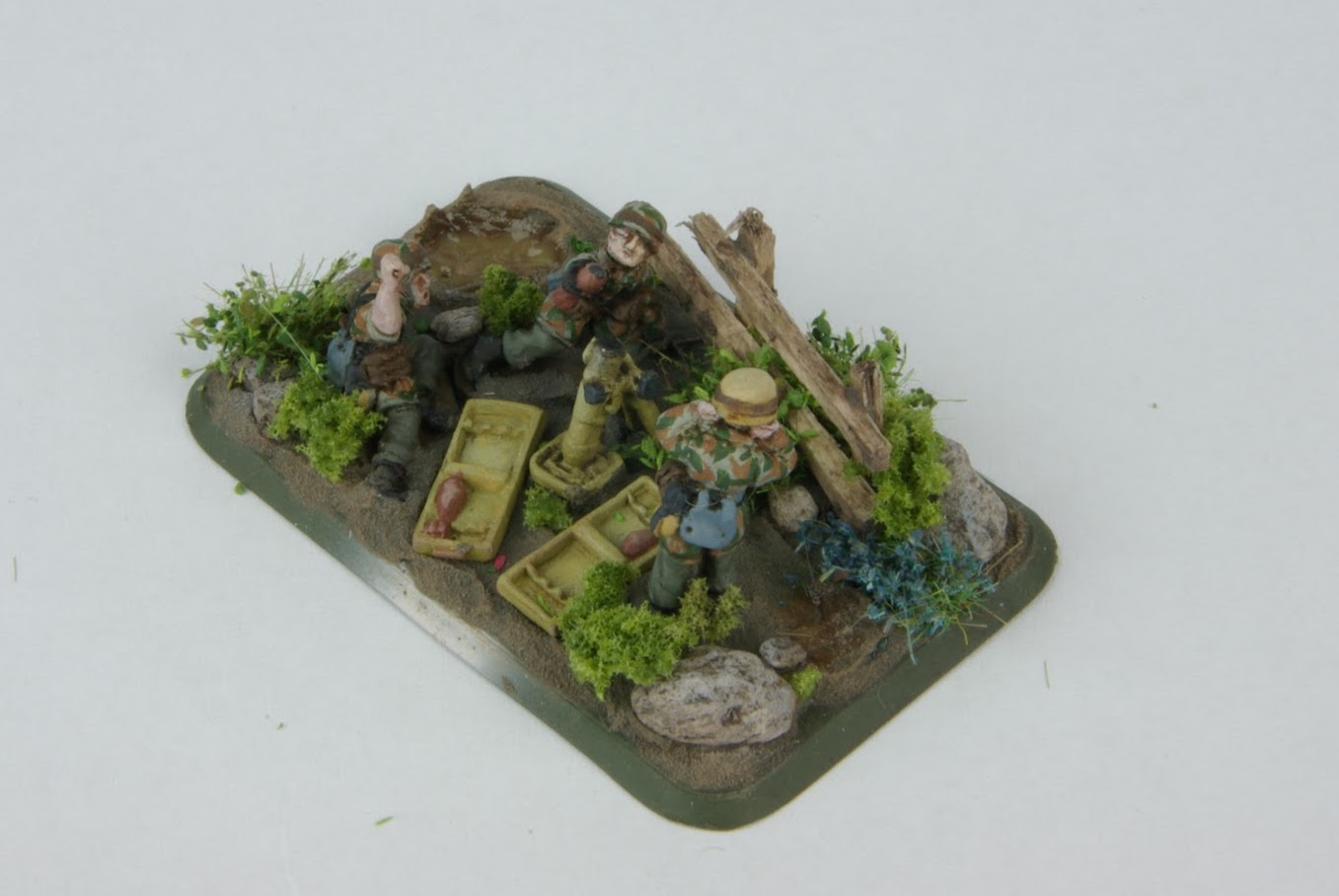 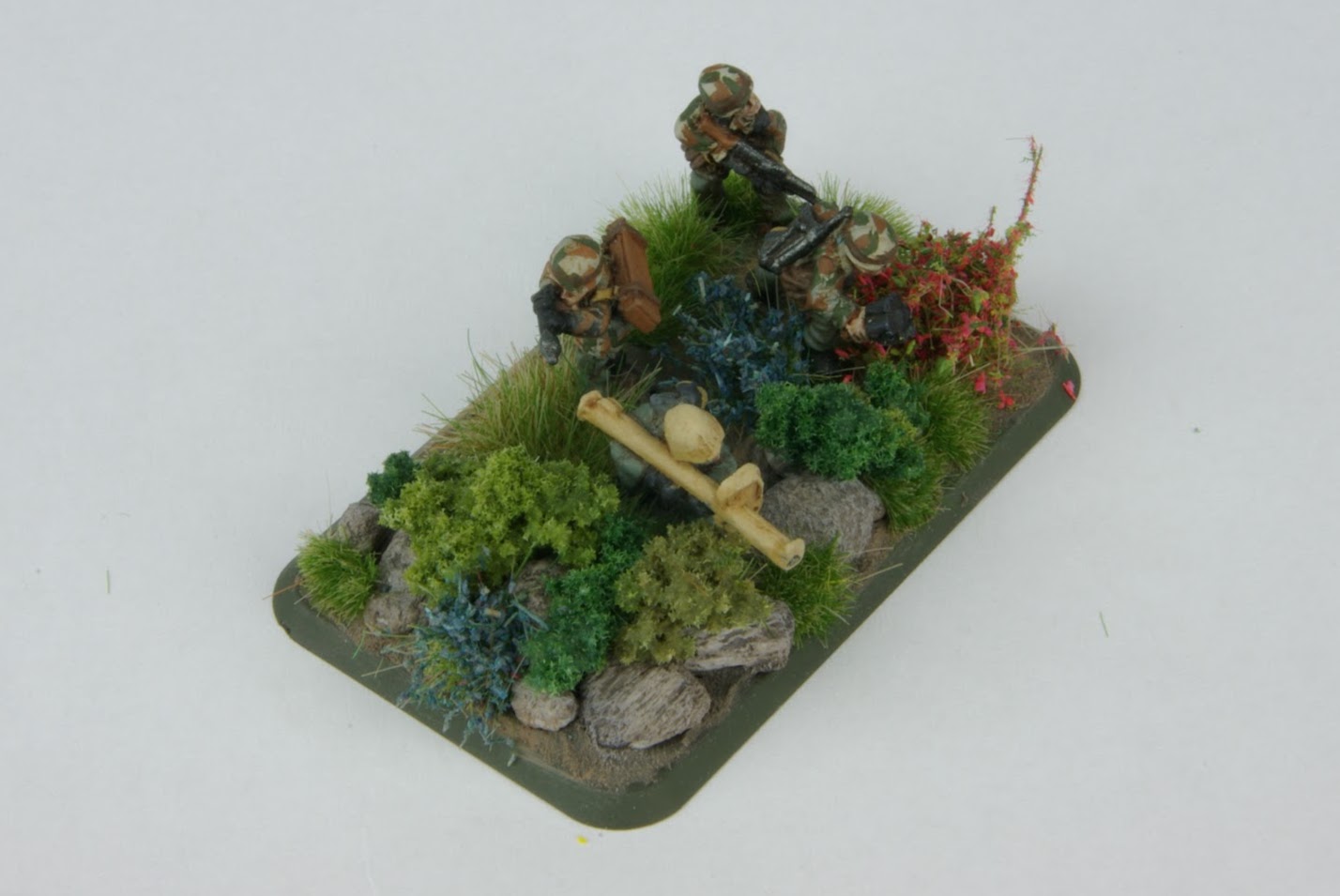 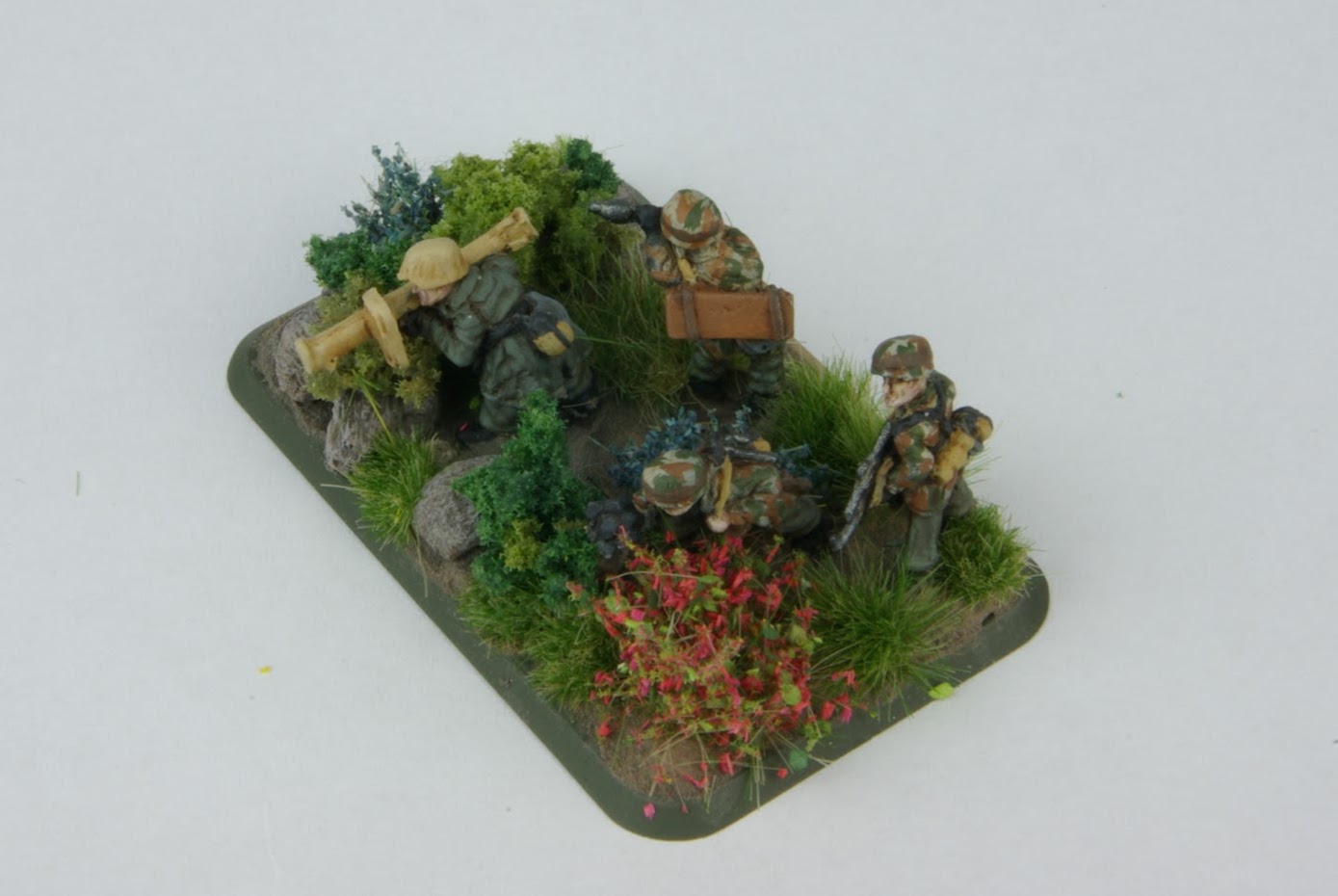 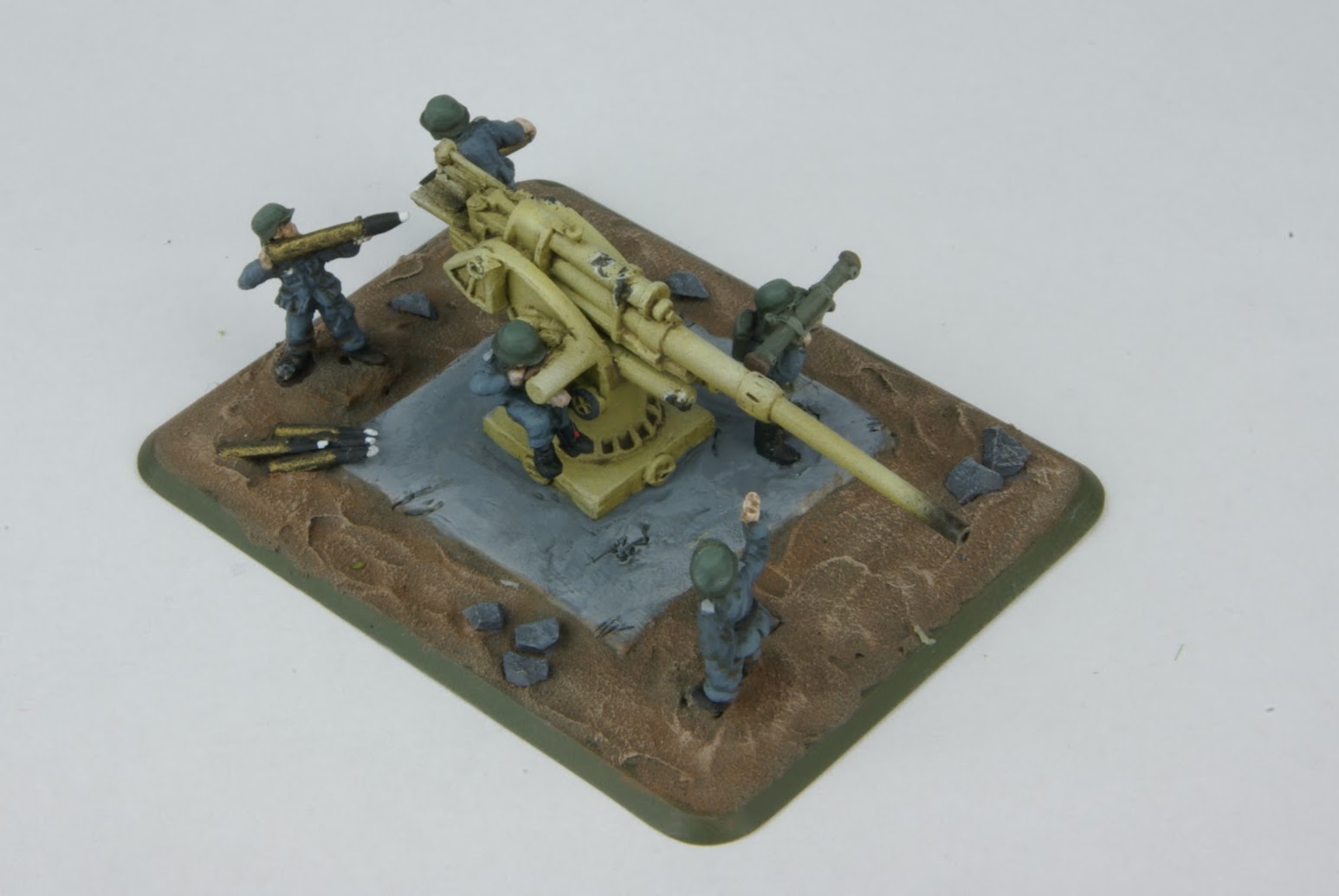 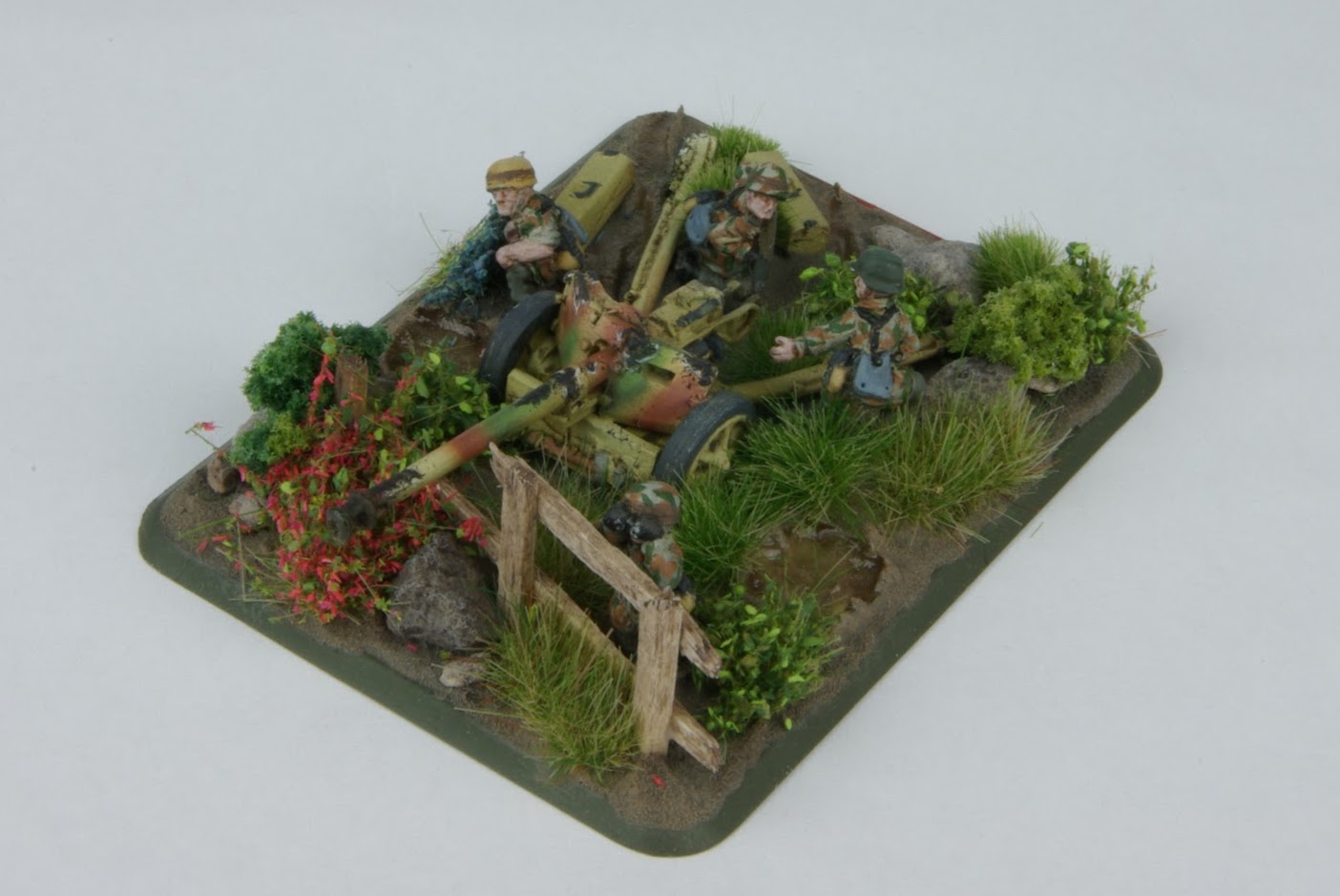